What Are Some the Most Popular Roofs in the World?

What Are Some the Most Popular Roofs in the World?

Your roof protects your interior and belonging against the elements. By choosing the right roof for your home, your curb value will increase, which is great if you’re considering selling in the future. Also, with an energy-efficient roof, you can save on your heating and cooling costs while staying comfy indoors. When something’s wrong with your roof, you want to address the problem immediately to prolong its life.

In this blog post, we’re sharing some of the most unique and famous roofs in the world.

In 1989, the Thean Hou Temple in Kuala Lumpur opened its doors to honor the goddess, Tian Hou, The Heavenly Mother. The temple features a mix of modern and traditional architectural techniques. It’s not only a place of worship but is also among the most popular tourist spots in the country.

Dubrovnik’s Old Town in Croatia was under siege by the Serbian forces in 1991 and 1992. The place was severely damaged during the shelling. After the attack, the town underwent restoration, and red-tiled rooftops were used.

Known all over the world, the Sydney Opera House in Australia is a uniquely designed and constructed structure. The curvacious panels of the building are made from precast concrete panels topped with Swedish tiles. It’s what makes the opera house its immaculate and glistening look.

Olympiapark was made for the Olympic Games in 1972 and is now used for social and cultural events. Sometimes, it’s even used for religious events and as a place of worship. What makes the structure stand out is its skinned roof that’s made from a lightweight material. Those who love a little adventure in their life would definitely look forward to walking up the roof and ziplining down from the top.

Many tourists are drawn to the Burgundy region in France because of the distinct roofs of the Hospices in Beaune. The hospitals and health care facilities in the area were built as early as the 15th century. Roofs in the region are known for their attractive patterns, designs, and colors.

Constructed in the 14th century, 230,000 multicolored glazed tiles cover the roof of the mother church of the Archdiocese of Vienna. The tiles are in geometric patterns and images like coats of arms and a two-headed eagle. Since the roof is extremely steep, it only needs rainwater to stay clean.

In Santorini, not only houses of the royals have shiny, domed roofs. The roofs are made of whitewashed limestone to help cool the interior of homes. It doesn’t rain as much in the area, so there are cisterns placed near the roof to catch rainwater instead of gutters.

Located at the heart of Bangkok, the Grand Palace is the official residence of the King of Siam. The structure features the Golden Roof, which is made up of ornaments symbolic of the Thai culture and heritage. It was built in 1782 and is regularly visited by locals and tourists for the intricate details of its architecture and design.

Situated in Vatican City, St. Peter’s Basilica is a popular church built in the Renaissance architectural style. It’s considered one of the biggest and holiest Catholic places of worship. Another thing it’s known for is its eye-catching skyline. It also has boasts one of the largest domes in the world.

The 88m high dome on top of the building makes the United States Capitol Dome makes it one of a kind. It was built between 1855 and 1866 and painted with caution to make sure the cast-iron dome complements the main capitol building. Atop of the popular dome, you’ll find the Statue of Freedom, which welcomes visitors to the structure.

The Great Court of the British Museum: London, UK

A glazed canopy designed and built using advanced engineering techniques surrounds the Great Court in the British Museum. The geometric design features nearly 3,000 glass panels that weigh around 800 tons and surrounds the word-renowned, Reading Room of the museum.

The world-famous Taj Mahal in India was commissioned in 1632. Many appreciate its breathtaking symmetrical white architecture. A beautiful marble dome tops the structure that’s almost 35 meters high, with four smaller domes built at every corner. When you look closely at the temple, you’ll see that it’s finished with a lotus design at the top, and it’s topped by a gilded finial to emphasize its height.

Chrysler Building stands out in the New York skyline because of its art-deco design. Seven terraced arches in a sunburst pattern make its roof. The building is even more breathtaking when lit at night. It’s something you should look forward to when visiting the city.

St. Basil’s Cathedral is a go-to place for those who are visiting Moscow, Russia. It’s among the most famous landmarks in the city because of its vibrant colors and the staggering design of its eight domed spires. The bright-colored and patterned domes were added in various stages from the 1680s to the 1860s as the Russian style shifted, with colorful tones preferred in the 17th century. However, there is not that much information about the history of the place.

The construction of Casa Mila began in 1906 and was completed in 1910. The building designed by Gaudi is one of the most beautiful spots in the city. With the skylights, fans, chimneys, and staircase exits, the roof is made of lime-covered brick and broken marble or glass.

Does your home’s roof need repair or replacement? Turn to De Palma Construction for quality residential roofing services. Give us a call at (717) 638-1131 or fill out our contact form to get a free estimate. 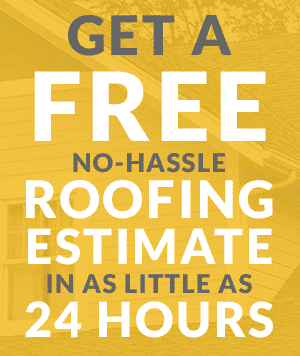 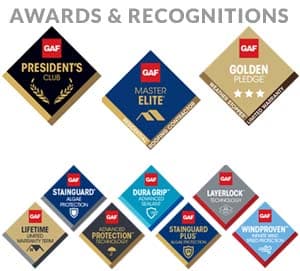